Lea Fekete worked with several companies and brands to create their dress code. She worked with Slovenská sporiteľňa as soon as 1996 for the first time and then some 20 years later.

In 2016, to create unifying elements, the primary role was played by symbols such as circle, square, drop and heart which make the fundament for variations of several accessories, gifts and dress code features.

The pattern design included the corporate colours of Slovenská sporiteľňa. The resulting graphic transformation means not only rigorous combination, on the contrary, it is a symbol of human imprint of uniqueness through its irregularity. The symbols express a strong foundation of coherence and the power of a big Family. 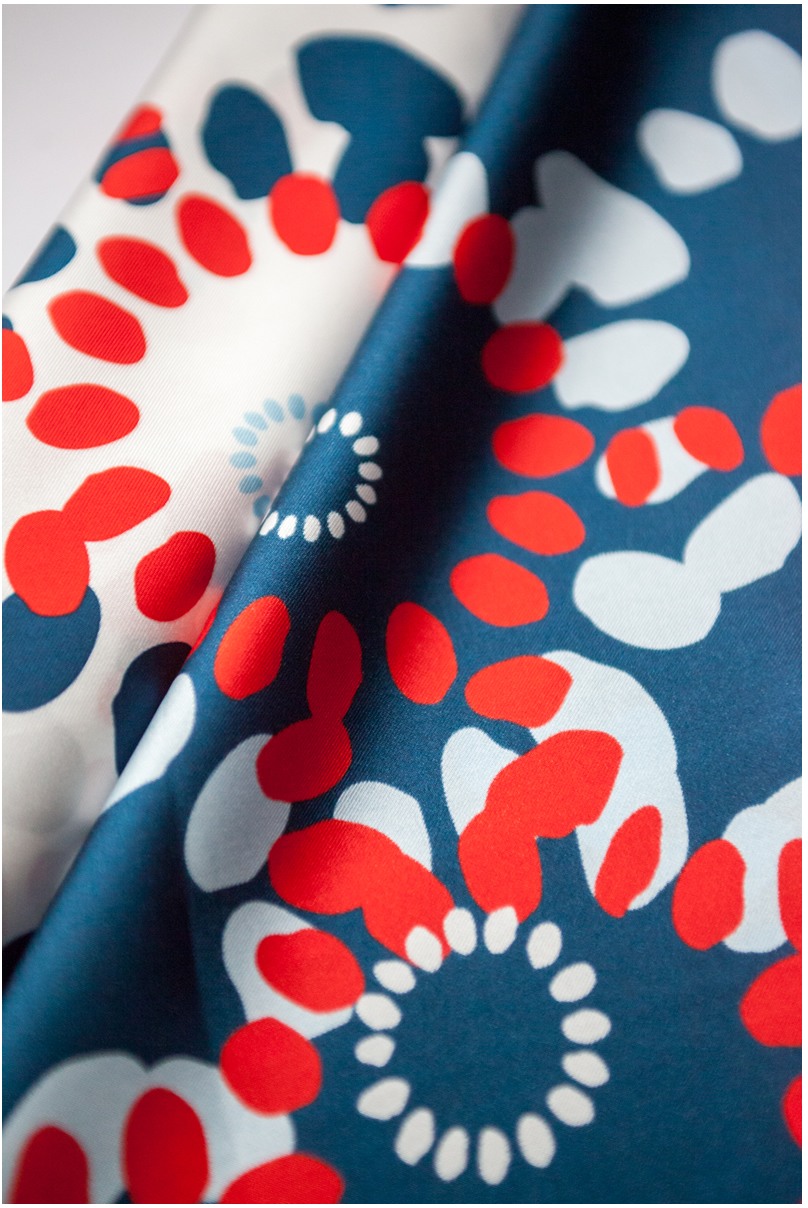 THE CITY OF PRAGUE

On the occasion of the 100 th anniversary of Czechoslovakia in 2018, Lea Fekete designed a limited series of silk scarves and men´s handkerchiefs for the capital city Prague.

During the design work, she drew from the big coat of arms of Prague and the symbols of the Prague´s Horologe on the Old City House in Prague.

The scarves and the men´s handkerchiefs made from luxury material the twill silk were produced in 5 colour combinations and are embellished with a Latin slogan PRAGA CAPUT REI PUBLICAE. 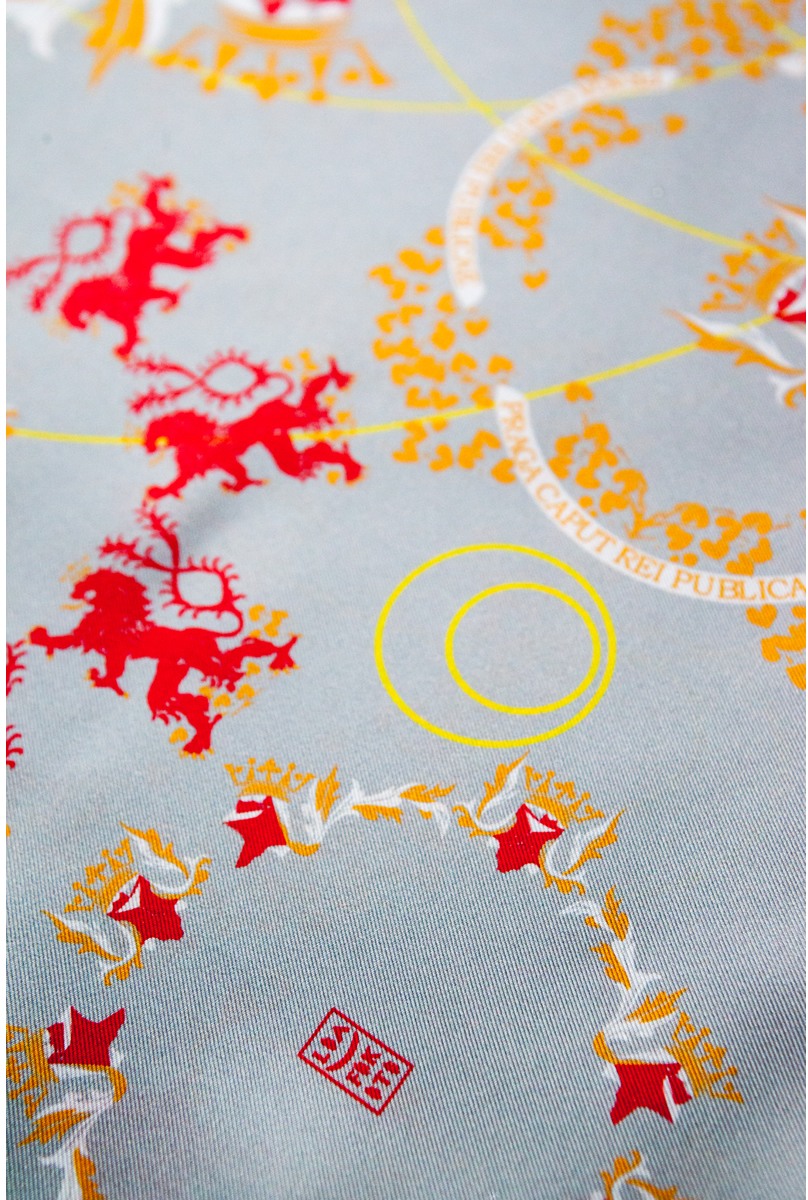 In 2011, Lea Fekete created an exclusive collection of silver jewellery and textile material design for Chateau Herálec, a boutique hotel & spa in the Czech Republic.

In the design, she incorporated the symbol of the hotel — a five-pointed rose — which was the underlying pattern for jacquard textiles with multiple use for curtains, pillows, upholstery and spreads.

A series of genuine silver jewellery combined with Czech garnet and moonstone was produced in limited numbers. The collection is composed of ear rings, brooches, pendants and bracelets. 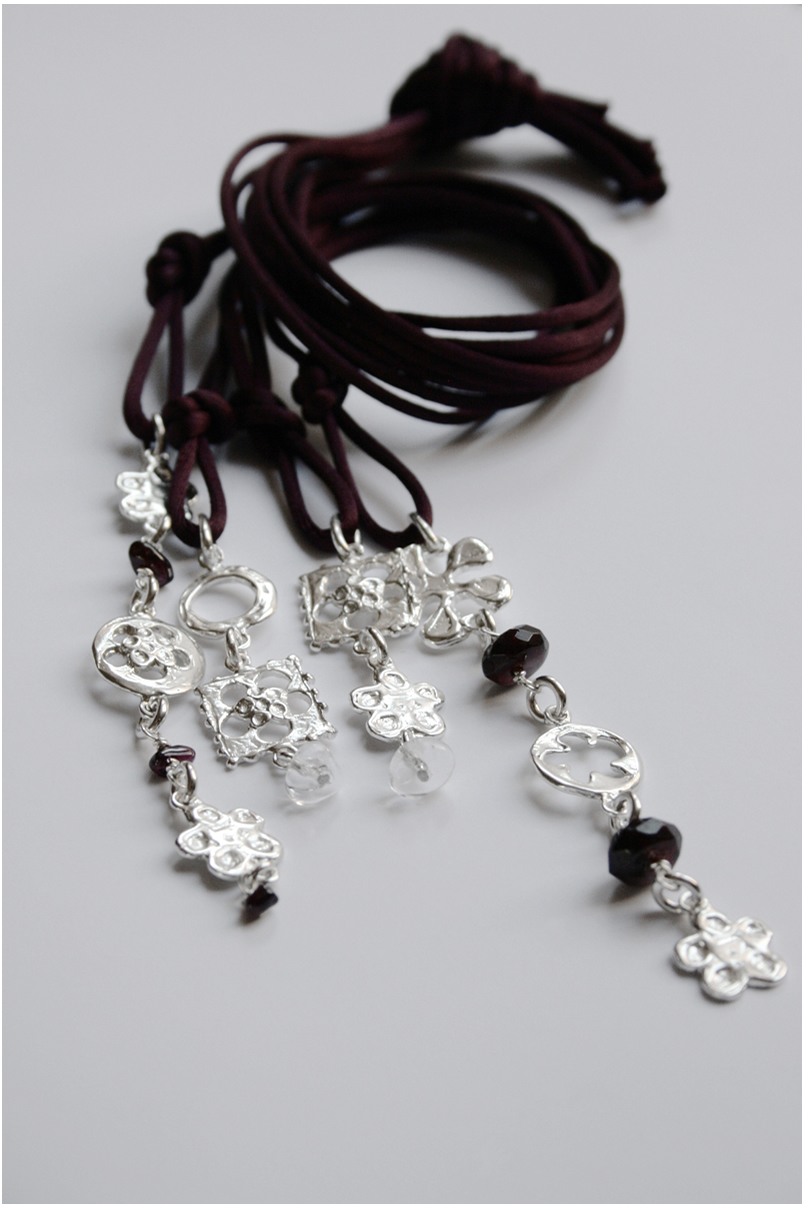 Part of multifaceted work of art of Lea Fekete is also collaboration within interior design.

She participated in the creation of interior accessories for private clients, for hotels and restaurants and in projects in cooperation with architects and fine artists.

From design to execution of tailor made textile pictures to decorative objects – the works of art of Lea Fekete add softness, elegance and peculiarity to minimalist spaces. 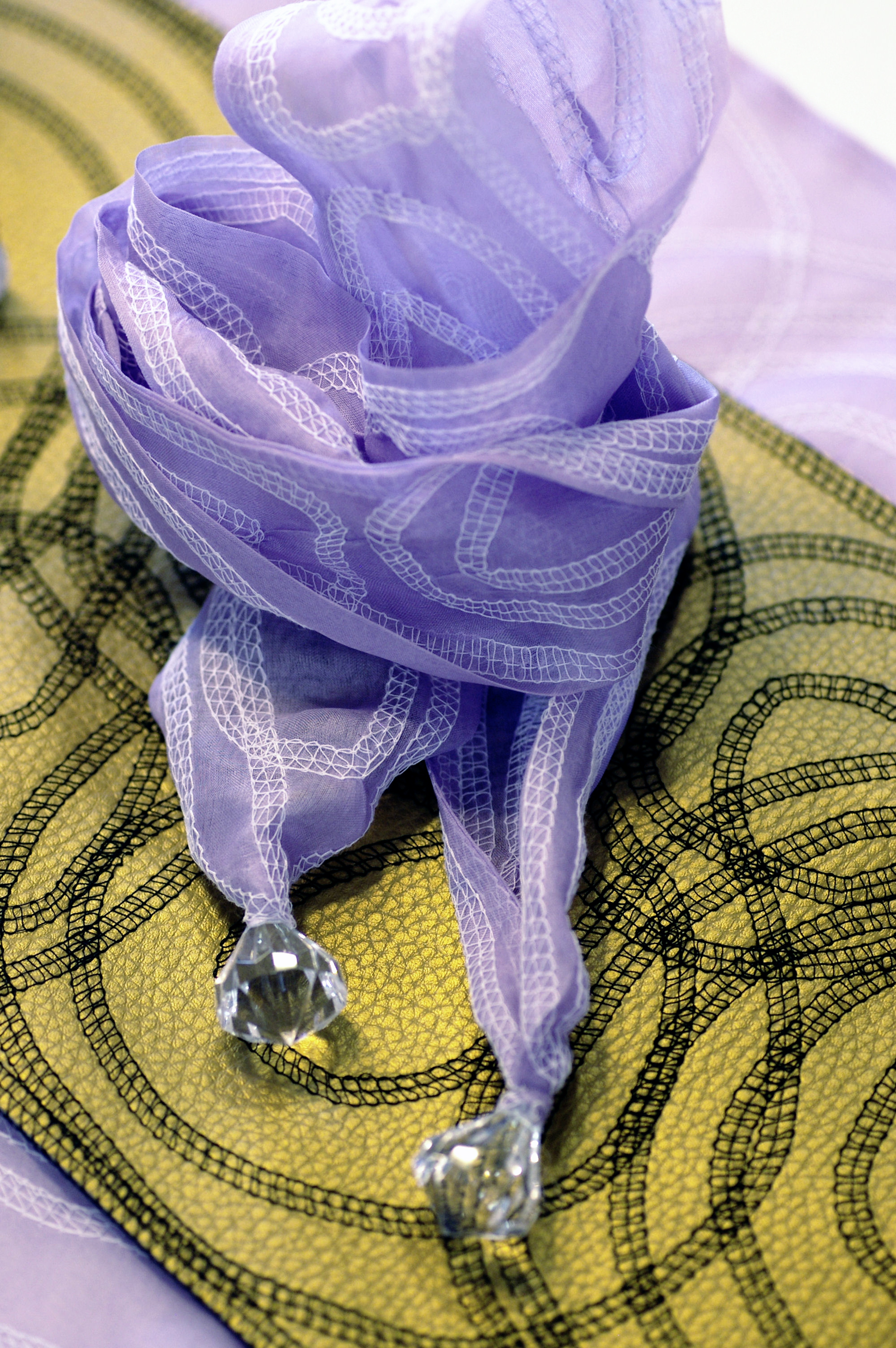